Safran Electronics & Defense has carried out successful integration tests of the Sigma 40 shipborne navigation system with the alignment system on the AGM-84 Harpoon anti-ship missile intended for Krabi corvettes and KDX class frigates deployed by the Royal Thai Navy.

This test was carried out within the scope of a contract signed with Korean naval shipyard DSME, which builds warships. Safran also worked with Boeing, prime contractor for the Harpoon missile system.

With the success of this test, Safran’s inertial navigation systems can now be used on all of Thailand’s warships.

Safran was selected due to the reliability, quick deployment and high performance of the Sigma 40, along with its easy integration in warships. This system is also used for conventional navigation and stabilization functions on shipborne sensors and weapons.

Sigma 40 navigation systems are built around a ring laser gyro (RLG) inertial core, which guarantees sustained very-high-precision, coupled with a high degree of operational flexibility. They are compact and easy to use, with scalable hardware and software. These units also boost the performance of the ship’s sensors and its self-defense systems.

Sigma inertial navigation systems are now fitted to combat systems on over 500 warships, including the latest front-line ships such as the Charles-de-Gaulle aircraft carrier, Europe’s Fremm and Horizon frigates and helicopter carriers. In addition, Sigma units are used by Norway’s ocean-going patrol boats, as well as a wide range of attack submarines, both conventional and nuclear-powered: ULA in Norway, Collins in Australia, Scorpène and Barracuda in France.

Safran is a leading international high-technology group with three core businesses: Aerospace (propulsion and equipment), Defence and Security. Operating worldwide, the Group has 70,000 employees and generated sales of 17.4 billion euros in 2015. Safran is listed on Euronext Paris and is part of the CAC40 index, as well as the Euro Stoxx 50 European index.

Safran Electronics & Defense is a world leader in optronics, avionics, electronics and critical software for both civil and defense applications. The company’s products are deployed worldwide on more than 500 ships, 7,000 armored vehicles and 10,000 aircraft. 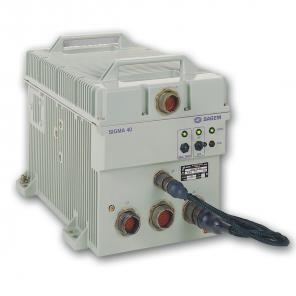